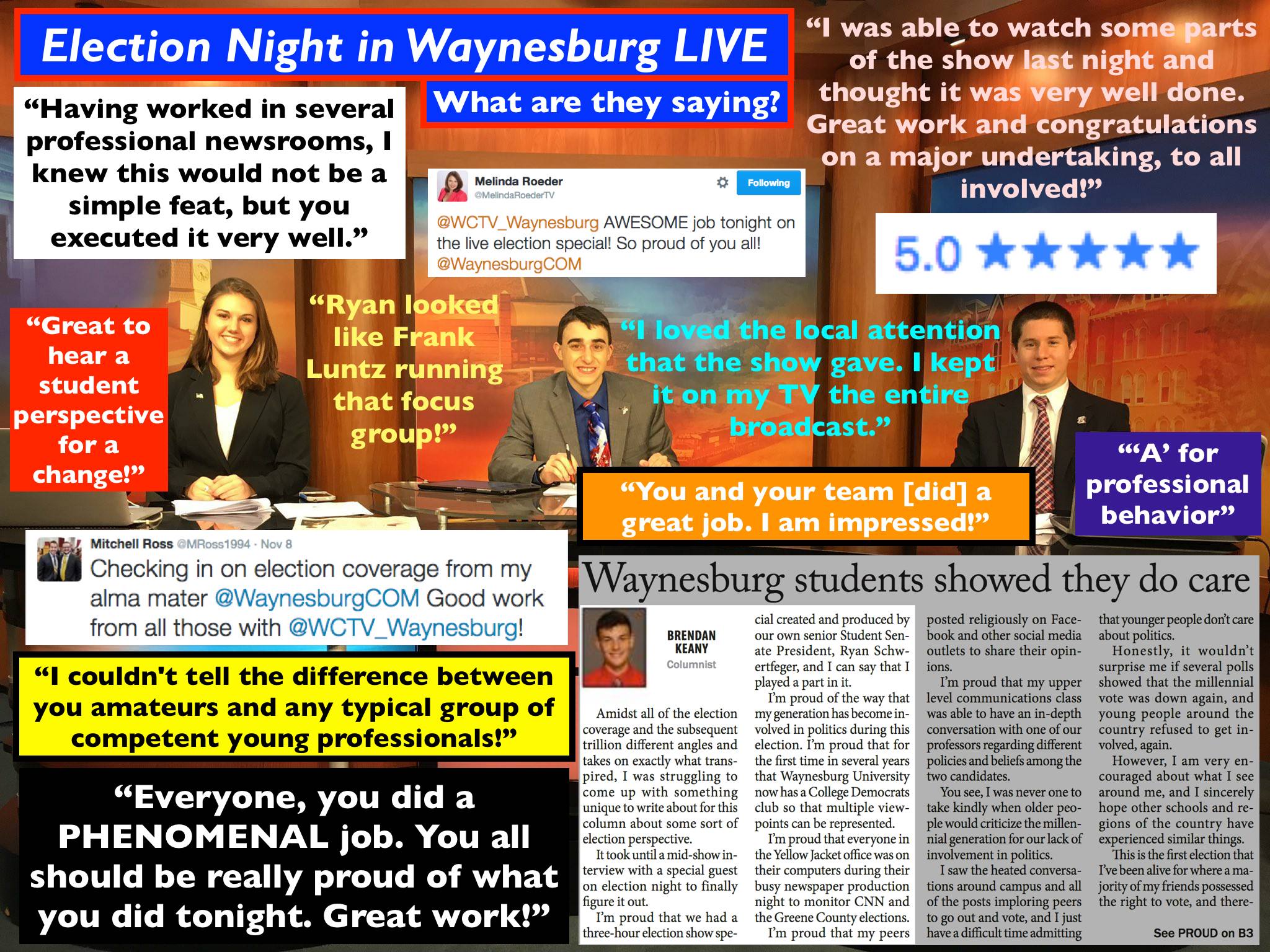 An image featuring some of the written and verbal comments the program received.

Highlight Reel of Other Work

Most photos seen in this slideshow are in their original form, though some have had light edits to them (i.e. color adjust, cropping, light adjustment)
Powered by